Spending a few days in Rimini does not only mean relaxing on the beach, but also having an area rich in history, nature and one of the most renowned gastronomy in Italy. To tell you all about this and to deepen the beauty of this area, besides the classic places of seaside tourism, we thought to recommend some different itineraries: from the sea to the mountains, through the peculiarities and unique experiences that only the province of Rimini can give you. 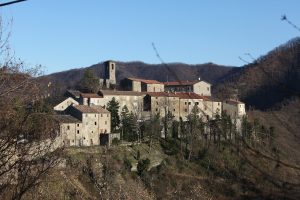 Casteldelci occupies the last edge north of the province of Rimini, at the crossroads of three regions: Emilia Romagna, Marche and Tuscany. Destination of tourism are the Ponte Vecchio, of medieval origin, the towers that in the past served as lookouts and the house museum located in the historic center which collects finds from the local prehistory and protohistory as well as from the Roman and early medieval ages. For lovers of excursions, the territory of Casteldelci is full of paths that can be traveled on foot and on horseback, an intact natural environment in which excellent cheeses and cold cuts are produced which you can taste in trattorias, restaurants and farms. 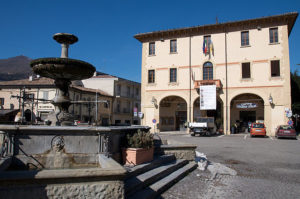 Novafeltria is stretched out in a wide bend of the Marecchia river and due to its convenient position it was chosen, in the modern age, as a privileged venue for meetings for exchange and commerce. Destination of interest is the church of S. Pietro in Culto, built with other parishes of our valley, during the evangelization process of Montefeltro. Another ancient building located in Piazza Vittorio Emanuele, the center of the town, is the oratory of Santa Marina with the fountain in the center of the main square, designed by the architect Giuseppe Santi Botticelli. Novafeltria was a fiefdom of the Malatesta family first and then of the Conti Segni of Bologna who, in 1660, built a sumptuous villa, today the Palazzo Comunale. 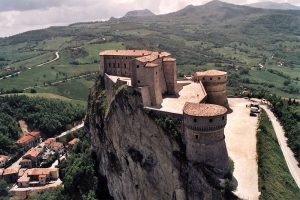 San Leo, formerly known as Montefeltro, is located at 583 meters above sea level, 32 km from Rimini, in the Val Marecchia, on an enormous impassable rocky boulder; it is accessed by a single road cut into the rock. At the highest point of the spur rises the impregnable strong. The ancient city assumed the title of capital of Italy in 962. The city hosted Dante and S. Francesco d’Assisi, who received Monte della Verna as a gift from Count Orlando di Chiusi in the Casentino. The room where the conversation between the two men took place is still preserved. The architectural heritage preserved is remarkable: the pre-Romanesque parish church, the Lombard Romanesque Cathedral of the century. Xll, the fort; the museum of sacred art recently set up in the Medici palace, scattered over the municipal area, the ruins of several castles. The panorama from San Leo is one of the most beautiful and characteristic of the region: the view sweeps over the surrounding mountains and along the Marecchia valley to the sea. From the rocks of Mount San Severino it is possible to take off with a paraglider. 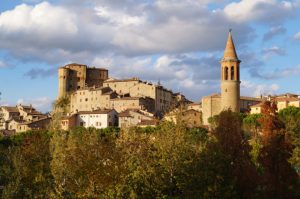 Located on the border between Marche and Romagna, S. Agata has very ancient origins. Already inhabited by the Umbri Sarsinati, in the following centuries it belonged to various fiefdoms, among which the Malatesta, the Montefeltro and then to the Fregoso family who gave the name to the fortress built around the tenth century. In addition to the aforementioned Rocca, now home to a permanent museum , S. Agata preserves a wonderful and well-maintained historical center and several complexes of considerable historical value, including the convent and church of San Girolamo and above all the Angelo Mariani theater which, with its entirely wooden structure, is the oldest theater in the Marche and one of the oldest in ltaly. All dominated from the top of Mont ’Ercole by an imposing chestnut forest. During the summer the surrounding natural environment invites to hiking and horseback riding. Of particular importance is the “Fair of the prized white truffle and agro-forestry-pastoral products”, a national event held annually on Sundays in October. 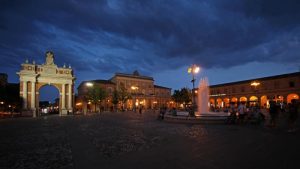 Santarcangelo is in a particular position: its territory is partly hilly and partly on the plain, it is bathed by two rivers, the Marecchia and the Uso, the inhabitants have a double soul, popular and noble, all this makes this city a special country that on the one hand is the capital of Romagna dialect poetry and ancient fairs such as San Martino and San Michele on the other attracts the most refined artistic palates with events such as “Santarcangelo dei Teatri – International Theater Festival in Piazza” and works like the shovels of Cagnacci.

Verucchio’s origin dates back to very ancient times. The excavation campaigns carried out between 1893 and 1894, then in the seventies, and finally resumed in 2005, have returned over 600 burials datable between the tenth and seventh centuries BC. The country is currently divided into two parts, in the historic center of ancient constitution and of great historical and cultural interest, there is the hamlet of Villa Verucchio, which in addition to hosting most of the inhabitants is the center of the country’s economic-industrial activity. 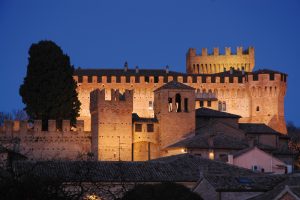 It is located in the hinterland of the Marche-Romagna Riviera, not far from the sea and with a pleasant hilly landscape – an extreme offshoot of the Apennines [6] – which forms the backdrop. It is known above all for its historic Rocca Malatestiana, which together with its fortified village and its walls represent a characteristic example of medieval architecture, recovered thanks to an interpretative restoration intervention carried out at the beginning of the twentieth century. 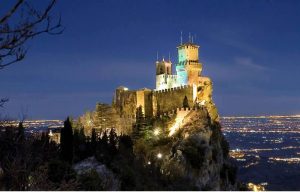 San Marino is one of the oldest republics in the world and is “the only city-state that exists. “San Marino and Mount Titano are an exceptional testimony to the institution of a representative democracy based on civic autonomy and self-government. The historic center of San Marino on Monte Titano includes all the elements that illustrated its identity at the time of its foundation and during the medieval period of the Italian city-states. Numerous elements of the historic center that have been preserved or that have been restored, are part of a long tradition. The Republic of San Marino has a territorial extension of 61.19 km² and is the fourth smallest state in Europe. Located in the center-north of the Italian peninsula, it has no outlet to the sea, although it is only about 10 kilometers from the Adriatic coast. The territory borders on the Italian regions of Emilia Romagna and Marche. Mount Titano, on whose peaks stand the typical three towers, is 750 m high. s.l.m.

“We had a lovely well appointed room with a lovely bathroom. View of the beach, very central. Very clean everywhere.
The staff are so friendly, willing to help.
The only negative is that the room a little small but not a problem.
The breakfast has lots of choice. We Would return again”

“We enjoyed our stay in hotel Gioia very much. It’s a perfect price and quality combination. Not to mention about the food – it’s very delitious. We had fresh juice every morning, home wine every evening and it’s a 3+ star hotel! We were suprised about that. All the meals were fresh made. Big thanks to kitchen host Francesco – he will never let you go with empty belly! Grazie mille di tutto, Francesco. About the room – we had an economy type of room, but for two of us, it was more than enough, plus it had quite big balcony – very pleasant place to spend evenings. Just have in mind, the railway is very close, so to someone the noise from it may be irrititating. Also the hotel is a bit far from the city downtown, but if you do not mind walking (approximately 20min. of walk) – that would not be a problem (the bus stop is also near the hotel).”

Condividi con i tuoi amici!“Sono stato a gennaio 2020 on questo […]

Condividi con i tuoi amici!“Abbiamo soggiornato per 4 notti in questo […]